Rodney Holt, Minister, Music composer, Podcast producer and Founder of the nonprofit public charity Balance Due worked for free for almost 6 years dispersing wisdom in the form of entertainment. He just released a new song The Root to All Evil. His new song espouses the evils of extreme wealth and if not subverted how it will cause the destruction of humanity as we know it. He declares in his own words his vision for the United States; Economic Harmony. Rodney says, there’s too much money in politics.

He believes, politicians income level should be more reflective of the communities that they represent. Now with the top one percent owning close to 50 percent of all the wealth, people have reason to believe capitalism is destroying democracy. We can with the lord’s guidance turn our democratic struggle into a beautiful reconciliation. The bible says, we can turn obstacles into blessings. Furthermore, with all the media devices, social networks and plethora of information researchers have found a short tension span is one of the harms it has created. Therefore, we must be sensational in terms of making a mental impact with our positive content just like ice cream, pizza, and cake we must hit the conscious, subconscious and the memory bank. Our goal, to aggressively facilitate music, pictures, video, and human contact.

Balance Due’s public charity aims to provide hope for the dispirited and unite the country during this worldwide season of discouragement. Rodney’s new song, The Root to All Evil promotes the sharing of wealth. He says, people receive miracles and blessing for being gracious and unselfish. The world is currently at an impasse and America needs healing. Democracy is hanging on a thin line if we don’t get this thing right soon it could all fall apart. Rodney believes his nonprofit public charity is vital in terms of mental health and the quality of life. He believes with the support of city government, and the community. Balance Due can bring a new era of effervescence and economic prosperity during this very perilous time. He aims to communicate effective ideas and creative ways that help break down barriers and build bridges. Rodney says, I’m optimistic we can achieve economic harmony by creating a more equitable and just economy with opportunity for all. Visit us @Balancedue.org and be the first name on our donor wall. Incomparable people support incomparable ideas. We can’t move these ideas and opportunities forward without your monetary support. Join us Today.

CGTN America: China, U.S. Agree to Take Action to Bring Ties Back To… 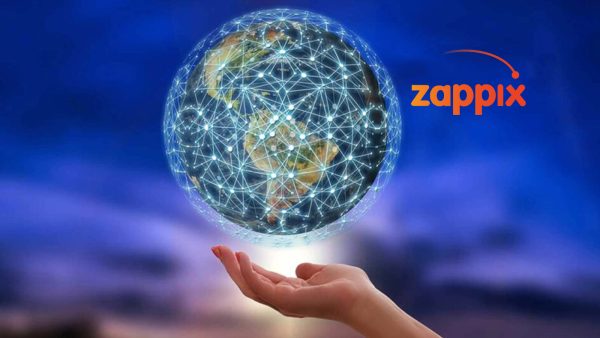 We’re glad to help these government organizations deliver easy to use self-service. Zappix Visual Self-Service solutions are helping residents around the country get the service they deserve quickly and effectively while increasing efficiency and reducing costs for contact centers.

Zappix, the leading provider of Visual Self-Service, will provide visual self-service and digital automation including their flagship Visual IVR solution to public sector organizations in the SLED Market through a Zappix industry partner.

“We’re glad to help these government organizations deliver the innovative, easy to use, self-service solutions the public demands today,” said Yossi Abraham, Zappix CEO & President. “Digital Transformation is key to success in the modern landscape, and Zappix Visual Self-Service solutions are helping residents around the country get the service they deserve quickly and effectively while increasing efficiency and reducing costs for contact centers.”

The growing market demand for self-service solutions illustrates an acceleration in digital transformation and reflects the record growth Zappix has been experiencing during the last year. The company notes four key trends that have dominated customer service solutions this year, and expects them to continue into the future:

Expand Digital Self-Service usage — by offering self-service options for the most common tasks and call types, and deflecting calls away from live agents
Reduce customer effort — service solutions must be easy for residents to find and simple to use wherever and whenever they need them
Increase first call resolution — by applying the right level of automation with well designed UI
Reduce employee effort — deflect repetitive and mundane tasks away from staff; provide agent assistance tools to make the handling of the calls faster and more efficient

A key piece of the Zappix Visual Self-Service suite of solutions, Visual IVR stands to greatly improve interactions between residents and government organizations. When callers connect with an IVR equipped with Zappix Visual IVR, they are provided with an option to use self-service. When they choose it, the caller receives a text message with a link to the visual experience. The resident then resolves the reason they called using their mobile phone, all in simple to use visual menus.

To learn more about Zappix, go to http://www.zappix.com.

People First, formerly Main Street One, today announced the first microinfluencer platform for political, brand, and social advocacy campaigns. Progressive organizations may now source and distribute authentic videos, posts, and comments from any audience or any voter segment at scale.

Unlike networks of like-minded or politically active people, clients can commission content from virtually anyone, any voter segment, geography, profession, party affiliation, identity, age, race, sexuality, or gender. Campaigns are no longer restricted by the size and composition of an existing database, lack of quality and verification with influencer search engines, or lack of persuasion from celebrity endorsements.

“Americans increasingly distrust institutions, including political campaigns, the media, government, and corporations,” said CEO Curtis Hougland. “Instead, they build trust through their relationships online. So, we built a platform that invites real people to share their lived experiences on behalf of causes and campaigns that they support. Real people are the most persuasive messengers to skeptical audiences. People are both the medium and message in advocacy today.”

As a result of this specialized approach, People First fuels advocacy campaigns on public health issues such as vaccine hesitancy and mental health for Ad Council, up and down ballot political races for Democratic committees such as DGA, workers’ rights and the benefits of Unions for AFSCME, and social justice and equal rights campaigns for organizations such as Black Lives Matter. During this critical period in advance of the midterm election in the U.S., Unite the Country PAC is partnering with People First to execute the most extensive microinfluencer campaign in U.S. political history on behalf of the president’s economic and social agenda.

In a recent study in partnership with the DGA, microinfluencer content from People First was 28% more likely to be recalled versus a control ad and 45% more likely to be recalled by regular Instagram users. In a recent study by The Ad Council people reported that “trusted messengers” are perceived as 79% honest and 71% are seen as unbiased “presenting multiple points of view/give both sides of an issue.”

“People trust their communities,” added Chief Digital Officer Ryan Davis. “This highly personal content is 6x more likely to be shared and 14x more likely to be clicked on average than benchmarks published by the technology platforms. It is state of the art digital organizing.”

People First will remain available and viable despite any potential political ad bans by the tech platform and enables affinity-based campaigning regardless of platform changes.

People First, formerly Main Street One, pioneered microinfluencer marketing for brands, political, and cause-advocacy campaigns. Founded originally to remediate disinformation, the company now sources and distributes more peer-to-peer videos, posts, and reviews than any other advocacy organization. In the run-up to the 2020 election, People First sourced and distributed more than 15,000 individual posts and videos on behalf of progressive organizations, as well as dozens of campaigns, NGOs, PACs, and other IEs – illustrated here. People First received original funding from Higher Ground Labs and works in partnership with Village Square on integrated political media campaigns. People First is a member of the Dawn Network. The company is based in New York City; however, we have been a remote office since inception with organizers across the country and unlimited PTO.

The data we collect at Preseem proves that ISPs using fixed wireless over unlicensed spectrum provide consistently reliable service, as measured in low latency, customer satisfaction, and reduced churn rates, among other factors.

This is a statement from Preseem regarding the NTIA’s $41.6-billion BEAD Program and its definition of Reliable Broadband Service.

On May 13, the National Telecommunications and Information Administration (NTIA) announced over $40 billion in funding for nationwide broadband internet deployment under the Broadband Equity, Access, and Deployment Program (BEAD).

According to the NTIA’s Notice of Funding Opportunity (NOFO), distribution of this money will be “primarily based on the relative number of ‘unserved’ locations (i.e. broadband-serviceable locations that lack access to Reliable Broadband Service at speeds of at least 25 Mbps downstream and 3 Mbps upstream and latency levels low enough to support real-time, interactive applications) in each State and Territory.”

On the surface, this sounds admirable but it’s the definition of Reliable Broadband Service with which we take exception. Here’s why.

Despite its name, unlicensed spectrum does not mean “illegal” or “unregulated” in the internet world. Instead, it refers to radio frequencies that are open to anyone for any use. It’s the basis of Wi-Fi and Bluetooth technology, for example, and generates billions of dollars for the economy.

The NOFO states, however, that “locations served exclusively by satellite, services using entirely unlicensed spectrum, or a technology not specified by the Commission for purposes of the Broadband DATA Maps, do not meet the criteria for Reliable Broadband Service and so will be considered ‘unserved.'”

It’s our view that the NTIA’s definition of Reliable Broadband Service excludes ISPs who are already providing reliable and dependable internet access to so-called unserved rural and non-urban areas. As such, we believe the NTIA’s definition is unfair and inaccurate, and should be amended.

Here’s some of the reasons we disagree with the NTIA definition:

“We are surprised and disappointed at the definition of Reliable Broadband Service provided by the NTIA,” said Gerrit Nagelhout, CEO of Aterlo Networks, the company behind Preseem. “Local and regional ISPs have been providing reliable fixed wireless internet access for many years prior to the formation of WISPA in 2004, and rural communities across the US continue to benefit greatly from their services. The data we collect at Preseem proves that ISPs using fixed wireless over unlicensed spectrum provide consistently reliable service, as measured in low latency, customer satisfaction, and reduced churn rates, among other factors.”

“No definition of ‘Reliable Broadband Service’ can be complete without actually including reliable broadband service providers, and we trust NTIA will hear this,” said David Zumwalt, President and CEO of the Wireless Internet Service Providers Association (WISPA) – Broadband Without Boundaries. “WISPs provide dependable, resilient, reliable broadband to millions of Americans across the country, and have long served and excelled on the front lines of bringing broadband to unserved areas – going where other service providers simply can’t or won’t – enabling their customers to build and expand the reach of their businesses, keep their families connected, and make their lives better. NTIA should clarify its guidance so that the objectives of the BEAD program can be truly achieved, and States provided with the flexibility they need to bring broadband to the unserved.”

While we at Preseem agree with the spirit of the BEAD program–that all Americans have the basic right to reliable broadband internet–we believe that this funding should also be available to those companies who’ve already been tirelessly serving their communities for decades.

At Preseem, we handle data, and the data doesn’t lie. According to our numbers, local and regional ISPs using our product are already delivering reliable, low-latency service that improves the subscriber quality of experience in ‘unserved’ areas. That’s why we stand with WISPA and urge the NTIA to amend their definition of Reliable Broadband Service to include those providing essential internet access via fixed wireless over unlicensed spectrum.