PODCAST: on the Story With Trishna Begam: Forest Park Cemetery

Cannabis Safety & Quality: an Interview With the Founder of CSQ

For Many Low-income Families, Getting Formula Has Always Been a Strain 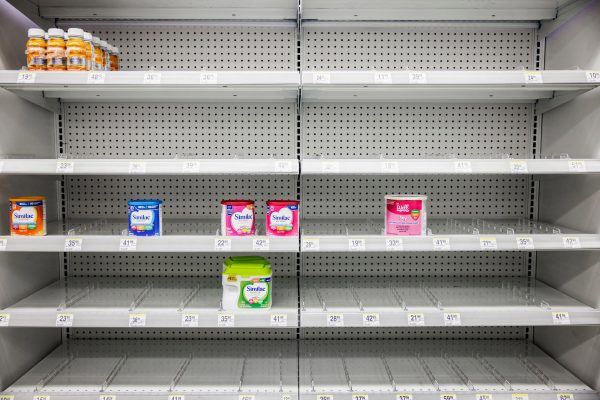 Miracle Abbott became pregnant during her junior year at the University of South Carolina Upstate.

She worked a low-wage job and had mounting student debt, so the then-19-year-old turned to the Special Supplemental Nutrition Program for Women, Infants, and Children, known as WIC, to get infant formula and food. But after she gave birth, her baby had colic and painful reflux and her pediatrician recommended a special formula not available through the program.

It took four months, three pediatrician appointments, and two meetings at her local WIC office before the program provided her with formula that worked for her daughter. She spent hundreds of her own dollars on formula in the process. That was in 2020, years before an Abbott manufacturing plant in Michigan was shut down over concerns about bacterial contamination. The February shutdown and coinciding recall catalyzed massive infant formula shortages in the U.S.

The ongoing dearth of formula has caused tremendous stress for families nationwide, especially those who rely upon WIC. The federally funded grant program, administered by nearly 90 state, territorial, and tribal governments, accounts for as much as two-thirds of all formula purchases in the U.S., according to the U.S. Department of Agriculture, which runs WIC.

For nearly 50 years, WIC has provided food assistance to low-income mothers and children. About half the babies in the U.S. — 1.5 million — received benefits from WIC in 2021. That purchasing power drove significant cost savings on infant formula for the federal and state governments that run the program. But the program’s massive purchasing also limits choices for families and can make it hard for mothers like Abbott to get formula that is a good fit for their infants.

Those limitations began in 1989 after WIC administrators opted for a policy in which formula companies bid to become the sole provider for each state. States then offer a limited assortment of formulas from the winning manufacturer.

Under the arrangement, the companies give state WIC programs significant rebates for the formula they buy. For every $1 WIC pays to the formula companies, it gets back as much as 93 cents in rebates, explained David Betson, an associate professor of economics and public policy at the University of Notre Dame who has studied the WIC program.

Rebate savings reduced annual program costs by $1.6 billion last year, according to the USDA. In a statement to KHN, it said the rebate system allows states to use their food grants more efficiently and offsets the cost of formula so that more participants can be served without increasing federal funding.

And because of WIC’s bidding policies, nearly half of all WIC-supported infants get formula from just one brand: Similac, which is made by Abbott. As a result, over half a million babies possibly had to switch formula after the February recall and plant shutdown.

Many babies do fine on just about any formula, but some parents find that their baby seems to do best on a specific brand and type.

“Parents often have to experiment a little bit and often end up trying three or more formulas to find the formula that keeps their baby comfortable,” said Bridget Young, an assistant professor who studies infant nutrition at the University of Rochester Medical Center.

When Jenny Murray, a mom of three in Florida, started getting WIC benefits, the formula her baby had been using was not one of her state’s WIC-approved options. The formula WIC selected for her baby made him gassy. Officials at her WIC office told her she needed a note from her doctor to get a different formula, but her doctor said it wasn’t medically necessary to switch. So she has stayed with that formula. Now, amid the shortage, she’s struggling because WIC allows participants to buy only small cans of formula, and she said those are the hardest to find. (Some states’ WIC programs are temporarily changing policies amid the shortage.)

“I didn’t even make dinner tonight because I knew we’re going to be spending the rest of the evening just going from store to store to store to store in hopes that we’ll find some [formula],” Murray said. A few times, she has had to resort to paying about $40 out-of-pocket for a large can of formula because that’s all that was available.

The decision for each state to have formula manufacturers compete to serve the WIC program has led to higher prices, Betson said. He found that wholesale formula prices across the board nearly doubled from when WIC implemented its bidding process in 1989 to 2002. Another study found that formula prices increased an additional 30% from 2006 to 2015. Betson said formula companies take a hit on the formula they sell via WIC and make up for it by charging non-WIC customers higher prices.

Other economists, however, say formula companies instead benefit from an increase in sales after winning a WIC contract, and prices for non-WIC customers haven’t been affected. (Store-brand formulas, which are made by Perrigo Nutrition, a company that doesn’t participate in WIC contracts, are about 40% less expensive than the formula brands that do participate in WIC and have nearly identical ingredients.)

And WIC spends more on formula than on any other food, as the majority of WIC-supported infants, about 88%, get at least some formula through the program. Lower-income families are more likely to use formula because these mothers often face more barriers to breastfeeding. For example, about 25% of low-income individuals have to go back to work about two weeks after giving birth, said Ifeyinwa Asiodu, an assistant professor at the University of California-San Francisco, whose research focuses on infant feeding disparities. Those same parents may also work in jobs that don’t have lactation accommodations, and they may be afraid to jeopardize their jobs to ask for them, she said.

Because of the federal program’s high rates of infants on formula, WIC administrators have tried incentivizing breastfeeding by giving more food to breastfeeding moms, and some states have tried to limit access to formula for mothers who start breastfeeding. Emeline Pratt, a mother of two who lives in Vermont, said her WIC office required her to meet with a lactation consultant to get formula, even though she explained she had already given up breastfeeding. The uncomfortable appointment left Pratt in tears.

Asiodu, who said she would like more policies that support breastfeeding and enable greater access to human milk from milk banks, also sees a need for more flexibility in WIC.

“I think it’s really important that we allow families to make the decisions that really best fit their needs, and also provide resources along the way,” regardless of what feeding option they choose, she said.

Miracle Abbott said she, too, wishes WIC had more options for formula-feeding moms. Despite having a colicky baby, going to school, and dealing with the problems of the pandemic, she said, “WIC is probably the most frustrating thing we’ve had to deal with.”

KHN (Kaiser Health News) is a national newsroom that produces in-depth journalism about health issues. Together with Policy Analysis and Polling, KHN is one of the three major operating programs at KFF (Kaiser Family Foundation). KFF is an endowed nonprofit organization providing information on health issues to the nation. 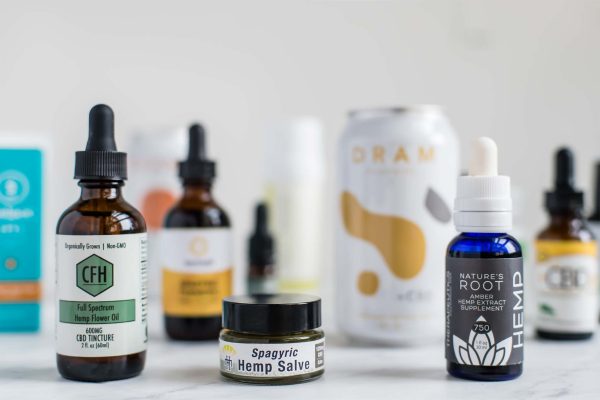 Leafreport released the findings from their expansive CBD testing study that revealed some pretty alarming results. According to their study, only 7% of CBD brands they sampled actually conduct legitimate contamination testing for pesticides, heavy metals and microbial contamination.

Leafreport is an Israeli company founded in 2019 that does product reviews, independent testing and provides educational resources for consumers. The company produces studies on CBD products in the market and reports their results on its website. Back in 2020, the watchdog company conducted independent lab testing on 22 different CBD-infused beverages and found a lot of inconsistencies with the actual amount of CBD found in the beverage and what the product’s label claimed.

In this latest study, finalized in late May of 2022, the consumer advocacy group found a lot of inconsistencies throughout the CBD market. For their study, they reviewed 4,384 products from 188 brands, with the goal of looking at overall transparency in the CBD products market. Judging by the results they share, the CBD market is unsurprisingly not very transparent.

Here are some highlights from this most recent study:

20% of the brands reviewed didn’t carry out any purity tests to check for the presence of microbes, pesticides, or heavy metals. In 2021, 25% of the brands Leafreport reviewed didn’t carry out any purity tests.
42% of brands test almost all of their products for potency (90%-100% accurate) and share their third-party lab results with consumers — the same as in 2021.
Only 12% of brands had all their products fall within acceptable potency variance limits.
88% of brands that tested their products for potency had at least one product test beyond the 10% variance for potency, in comparison to 84% in 2021.
28% of brands didn’t carry out any testing at all for pesticides (such as glyphosate), 26% didn’t test for the presence of any heavy metals (such as arsenic), and 24% didn’t test for microbes (like bacteria).
Two brands carried out no lab testing at all for either purity or potency, compared to 3 brands in 2021.
Read More 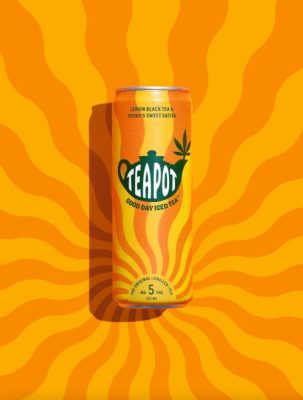 The Boston Beer Company, Inc., known for brands like Sam Adams, Truly, Twisted Tea and Dogfish Head, has announced their entry into the cannabis market. According to the press release, the craft beer company is launching TeaPot, a new brand of cannabis infused-iced teas. Your cousin from Boston is getting into the cannabis game.

The line of canned, THC-infused beverages will hit stores in Canada this July. The cannabis beverages will be produced at Peak Processing Solutions in Windsor, Ontario and distributed by Entourage Health based in Toronto, Ontario.

The first product of the brand is called Good Day Iced Tea and is strain-specific. It will be formulated with lemon black tea and infused with “Pedro’s Sweet Sativa,” a strain grown by Entourage Health in Ontario. More products will be announced in the next few months, the company says.

The press release emphasizes the size and growth of the cannabis beverage market, citing Headset retail data showing the Canadian beverage market is about double the size of its American counterpart and growing at an astounding 850% in the past two years. It’s no secret that the cannabis beverage sector is a rapidly growing market for cannabis brands. Canopy Growth has been targeting this portion of the market for years and Molson Coors launched a joint venture last year. A lot of other companies have been slowly getting more and more involved as of late.

The U.S. cannabis beverage market is certainly lagging behind our neighbors to the North, mostly stymied by slow state-by-state legalization, patchwork regulations and restrictive federal policies. Of the beverage giants and companies that have entered the space, most are doing so cautiously.

Dave Burwick, CEO of the Boston Beer Company, hinted at their desire to enter the U.S. market, but says they’ll focus on Canada in the meantime. “As we await further progress on U.S. regulations, we’ll continue to develop an exciting product pipeline in the federally regulated market of Canada,” says Burwick. “While beer is our middle name, we’ve also introduced successful hard teas, hard ciders, hard seltzers, and canned cocktails. We’re encouraged by the continued growth of the cannabis beverage category and we believe it’s one of the next innovation frontiers.”