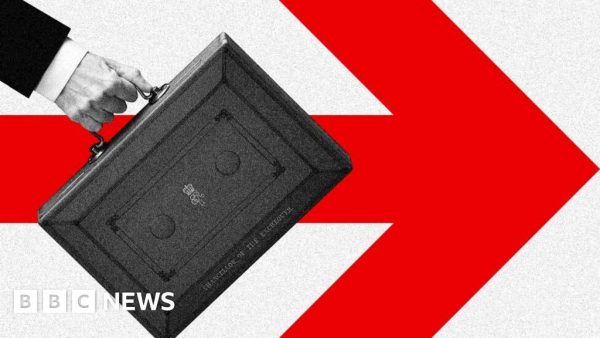 However, public sector debt as a share of GDP is set to rise on the back of a worsening economic outlook and higher borrowing costs. The country has already entered a recession that is set to last more than a year.

UK output is not set to reach pre-pandemic levels until the end of 2024, in sharp contrast with all other G7 economies, which have already regained the ground lost during the Covid era.

As a result, households face the largest fall in living standards since records began in the 1950s.

Most of the rises in taxes and a big squeeze on public spending are planned for the years after the general election, which must be held by 2024. One of the largest increases in taxation, the freeze in national insurance thresholds for businesses, will take effect from April 2023.

The UK’s economic outlook is bleak . . .

The economy is already in a recession that will last more than a year;

Output is set to recover to pre-pandemic levels only in the last quarter of 2024;

Real disposable income per person, a measure of living standards, is set to fall this fiscal year at the fastest pace since records began in the 1950s. That will be followed by the second largest fall in 2023-24, taking household incomes to their lowest since 2013-14;

The unemployment rate is set to rise from the current 3.6 per cent to peak at 4.9 per cent in the third quarter of 2024.

. . . And worse than other major economies

All other G7 economies have already recovered to pre-pandemic output levels;

The OBR’s forecast contraction in UK GDP for 2023 is the worst among the G7, according to the latest IMF forecasts;

UK inflation is set to average 7.4 per cent next year, higher than in any other G7 economy, according to the IMF.

In response, the chancellor cut spending and increased taxes

There is modest fiscal easing over the next year via cost of living support and the government will cap household energy prices for another year from April, albeit at a higher level than currently;

National insurance thresholds for businesses will be frozen from April 2023;

A windfall tax on energy companies will raise £14bn next year;

From April 2025, electric cars, vans and motorcycles will begin to pay road tax in the same way as petrol and diesel vehicles;

From 2023 to 2028 there will be a 45 per cent levy on electricity generators, targeting the excess profits made by renewable and nuclear operators since Russia’s invasion of Ukraine;

The tax-free allowance for income tax and national insurance will remain at £12,570 until 2028;

Public spending will rise by only 1 per cent in real terms in the next parliament, raising £21bn;

Capital spending will be frozen in cash terms, raising £14bn; 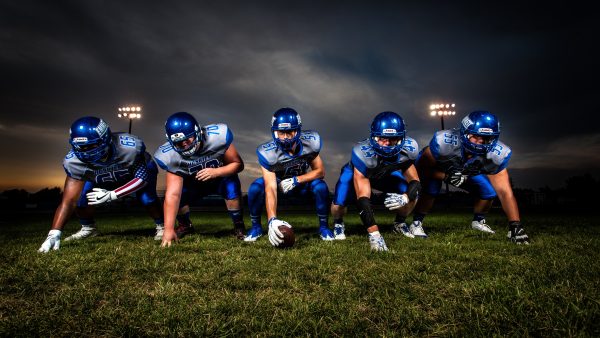 Amid all the crypto excitement we missed an update from another one of the more legitimately interesting stories out there: The Blackstone Real Estate Income Trust has published its third-quarter results.

Last month we published a big post exploring BREIT’s rampant growth, its growing importance to Blackstone, the increasingly wild divergence between its performance (up ca. 9.3 per cent this year) and publicly listed real estate trusts (down about 28 per cent in 2022) and the outlook at a time of rising rates and weakening property markets. It’s a subject that is getting more and more attention.

Unsurprisingly, Blackstone thinks all this chatter is overdone, so in addition to the 10-Q it also released a Q&A with Nadeem Meghji, the company’s head of Americas real estate, which attempts to address all these issues. The tl;dr is that Blackstone is great, they love BREIT, and so should you.

BREIT has delivered extraordinary returns to investors since inception nearly 6 years ago. We could not be more proud of the portfolio we have built. Demonstrating our conviction in BREIT, Blackstone employees have over $1 billion of their own money invested in the company, including more than $300 million invested by senior executives over the last four months.

The Q&A is worth reading to see how Blackstone’s rationale for why it is doing so much better than publicly traded real estate, its explanation for outflows (driven mostly by wealthy people in Asia, it seems) and how values its real estate.

BREIT updates its valuations monthly to reflect what’s happening in the private real estate market and has those values reviewed by an independent third party.

Higher interest rates have led to materially higher cap rates (lower valuation multiples) which have negatively impacted valuations. BREIT’s valuations reflect this change, and we have increased our assumed rental housing and industrial exit cap rates and discount rates by 14% and 6% YTD, respectively.

Our 5.4% assumed rental housing and industrial exit cap rate is 160bps above the 10Y treasury yield of 3.8%.

So far this year, BREIT has sold $2B of real estate at an average 8% premium to the carrying value that BREIT ascribed to these assets.

Our assumed rental housing and industrial exit cap rate today is higher than many non-traded REIT peers, who have not moved their valuation assumptions as meaningfully.

For completists, in an accompanying video you can also watch Blackstone president Jonathan Gray talk up the prospects of BREIT despite a “challenging time” for markets. It’s almost as if the vehicle has become essential to Blackstone’s financial results…

The third-quarter report and a monthly portfolio update indicates that not everyone is convinced though. After a ferocious stretch of growth since being established, BREIT’s net asset value dipped to $69.5bn at the end of October, from $70.4bn at the end of September. (Its total assets were valued at $144.9bn at the time).

Outflows — in the form of repurchases of investor shares — have slowed since the summer, but will continue to be “closely watched as the fund matures in the face of a less constructive backdrop,” as Jefferies analysts noted in a report this morning.

The question is still just how sticky money in BREIT will prove if the US real estate market does crack and Blackstone is forced into marking down the value of its holdings. That could made its performance suddenly look a lot less fabulous. We suspect some people at 345 Park Avenue are praying for a Fed pivot. 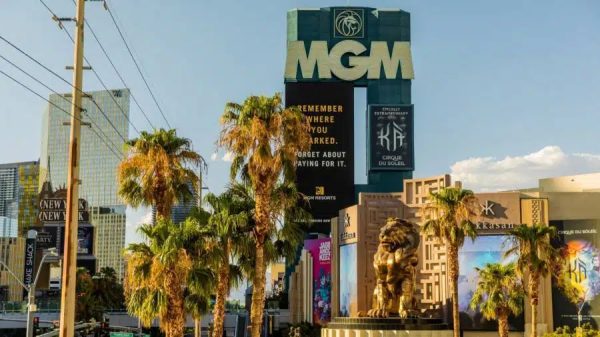 Blackstone has limited investor withdrawals at its $125bn real estate investment fund after a surge in redemption requests from investors pulling cash from private assets.

The private equity group met only 43 per cent of redemption requests from investors in the Blackstone Real Estate Income Trust fund in the month of November, according to a notice it sent to investors on Thursday.

Shares in Blackstone fell as much as 8 per cent.

Investors can redeem up to 5 per cent of their holdings in any given quarter, at which point Blackstone can limit withdrawal requests to prevent a fire sale of its illiquid real estate holdings.

On Thursday, Blackstone announced the sale of its 49.9 per cent interest in the MGM Grand Las Vegas and Mandalay Bay Resort casinos in Las Vegas for a $1.27bn cash consideration. Including debt, the deal valued the properties at more than $5bn.

Cash from the sales, which were agreed at a premium to the carrying values of the properties, can help with liquidity for BREIT as it meets redemption requests or be reinvested in faster-growing property assets, according to a person familiar with the matter.

About 70 per cent of redemption requests have come from Asia, according to people familiar with the matter, an outsized share considering non-US investors account for only about 20 per cent of BREIT’s total assets.

Private capital managers have increasingly turned to retail investors, arguing high net worth investors should have the same ability as pension and sovereign wealth funds to diversify away from public markets. Part of the pitch that money managers make is that, by giving up some liquidity rights, higher returns can be achieved without assuming greater risk.

The BREIT fund allows for 2 per cent of assets to be redeemed by clients per month with a maximum of 5 per cent allowed in a calendar quarter. The fund’s net asset value has been marked up by more than 9 per cent in the 12 months to the end of September, a dramatic divergence from public markets where real estate investment trusts have declined sharply in value. Vanguard’s publicly listed real estate index fund has declined more than 22 per cent this year.

In recent years, the fund has been one of the big sources of Blackstone’s growth in assets under management, alongside a private credit fund called BCRED. In recent quarters, rising redemption requests from both funds have worried analysts as a signal of stalling asset growth.

“Our business is built on performance, not fund flows, and performance is rock solid,” said Blackstone in a statement sent to the Financial Times that emphasised the fund’s concentration in rental housing and logistics in fast-growing areas of the US and its predominantly fixed rate liabilities. 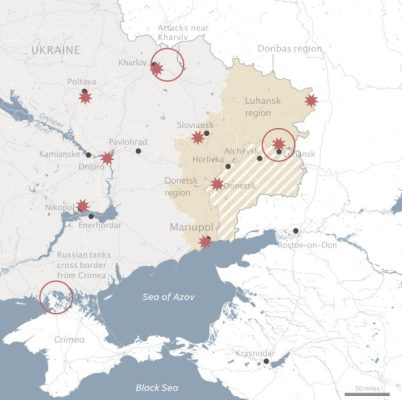 Since the start of the Russian invasion on February 24, Ukraine has liberated a total of 74,443 sq km of territory from Russian forces, according to data from the Institute for the Study of War think-tank.

Ukrainian forces advanced into Kherson on Friday after Russia said its forces had completed their withdrawal from the southern city, sealing one of the biggest setbacks to president Vladimir Putin’s invasion.

Kyiv’s progress and Moscow’s chaotic retreat across the Dnipro river, conducted under Ukrainian artillery fire, means Russia has now surrendered the only provincial capital it had captured in the war, as well as ceding key strategic positions.

At the end of August, Ukraine launched its first big counter-attack since Russia’s full assault on the country began in February, even as Kyiv complained that its forces lacked sufficient heavy western weaponry to make a decisive strike.

The advance liberated 3,000 sq km of territory in just six days — Ukraine’s biggest victory since it pushed Russian troops back from the capital in March.

Ukraine’s forces have continued to push east, capturing the crucial transport hub of Lyman, near the north-eastern edge of the Donetsk province, which it wrestled from Russian control on October 1. The hard-fought victory came after nearly three weeks of battle and set the stage for a Ukrainian advance towards Svatove, a logistics centre for Russia after its troops lost the Kharkiv region in the lightning Ukrainian counter-offensive.

Other key maps and charts from the war

The shift in the conflict’s focus towards the Donbas region follows Russia’s failure to capture Kyiv during the first phase of the war. Before Ukraine’s rapid counter-offensive, marginal Russian gains in the east suggested the war was entering a period of stalemate.

The Russians were thwarted in Kyiv by a combination of factors, including geography, the attackers’ blundering and modern arms — as well as Ukraine’s ingenuity with smartphones and pieces of foam mat.

The number of Ukrainians fleeing the conflict makes it one of the largest refugee crises in modern history.

In mid-March, an attack on a Ukrainian military base, which had been used by US troops to train Ukrainian soldiers, added to Russia’s increasingly direct threats that Nato’s continued support of Ukraine risked making it an enemy combatant in the war. On March 24, Nato agreed to establish four new multinational battle groups in Bulgaria, Hungary, Romania and Slovakia to add to troops in Estonia, Latvia, Lithuania and Poland.